Bay leaf is one of the most popular herbs in the culinary world. Its aromatic values are well sought after. Even in the ancient times, it has been used not just in cooking but also in herbal medicine. It has even recorded in legends, myths and even astrology.

Its scientific name Laurus nobilis came from it genus Laurus from the botanical family Lauraceae. Thus, its alternative name laurel leaves. Some botanists say that it had originated from Asia Minor. It is included as an ingredient in most Mediterranean and Asian dishes. 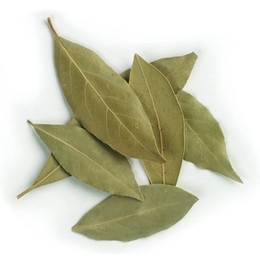 The Different Forms of Bay Leaf

Although the overall taste of the spice is distinct, there are many types of bay leaf according to its place of origin.

One of these kinds is the California Laurel that typically grows in the Western North America or the state of California, giving it its name.

In these regions, laurus nobilis comes in different names like myrtle, laurel or pepperwood. This type of bay leaf cannot be eaten because of its sharp edges which can damage the digestive system.

Moreover, its other forms like bay oil and bay rum are also much popular. In particular, the West Indian Bay Leaf from the Caribbean and Central America.

The Turkish counterpart of the spice is labeled as the authentic laurus nobilis. It is less pungent than its Californian equivalent that is why it is more preferred by chefs and restaurant owners. It is the most distributed kind and most popular.

Other than the products mentioned previously, bay leaf can be used as tea, essential oil, cooking oil, herbs supplements and medicine.

In Greek ancient culture, the leaf signifies peace, wisdom and protection. There is some truth in this because bay leaf possesses many active substances that are proven to be anti-oxidants, antiseptic and even anti-cancer components.

However, in natural medicine, laurus nobilis is used for digestive discomfort such as flatulence and colic pain.

When fresh leaves are mixed in culinary dishes, they become a good source of nutrients such as vitamin C, vitamin A and folic acid. Astonishingly, laurus nobilis can also function as insect repellant.

In traditional herbal medicine, it can be a primary cure for muscle pain, flu, arthritis and even bronchitis.

This spice can come in many storage forms. Most of the time, they are dried by direct sunlight. In spite of its dried form, it still can contain a substantial amount of its oils and taste.

Since most types cannot be eaten because of it’s sharp edges, you can come across dried leaves that are crushed so that it can be included in a culinary dish easily.

It is good to store it in an enclosed jar for culinary use. For best taste, it should not be stored for more than a year as it will lose its essential flavor. Most of the time, it is mixed with different herbs like thyme, celery, basil and sage.

It can spice up most protein. It is popular to be mixed in steak dishes and seafood recipes.

What Are The Health Benefits Of Bay Leaves?
https://www.livestrong.com/article/480381-what-are-the-health-benefits-of-bay-leaves/

The information written here is not meant as medical advice. Please talk to your doctor or other qualified health professional prior to following what is written on the article or taking herbal supplements of any kind.