Physical, mental or emotional health issues among children can bring a lot of pain to the entire family. Autism is one of the most frustrating mental health issues that can be suffered by a child. From recent studies, it has been reported that most children who suffers from autism have Vitamin B12 deficiency. Poor eating habits have also contributed towards this situation. 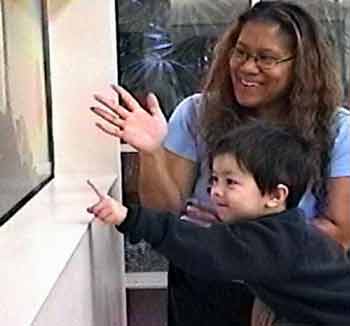 autistic children and methy vitamin b12

Our modern society prefers to consume processed foods due to their convenience. However, these foods are low in essential nutrients, which cannot keep the body healthy. Because of our societies process foods culture, children are missing out big time on vitamins and minerals, specially Vitamin B12 from the food they eat. However, Vitamin B12 is an essential nutrient that all of us requires.

One of the main functions of this b12 vitamin is to maintain the body’s nerves. In addition, Vitamin B12 plays a vital role in constructing red blood cells, which carry oxygen throughout the entire body. Some people believe that Vitamin B12 deficiency is common only among vegans and vegetarians.

A b12 form called methylcobalamin can help achieve better results for autism symptoms. Methylcobalamin can be considered as the form of Vitamin B12 that exists in nature. It is pre-methylated, which means that you can experience immediate results after consumption.

Methylcobalamin is associated with a variety of benefits when compared to cyanocobalamin. Cyanocobalamin is the most common form of Vitamin B12, normally found in a multivitamin tablet or capsules. The most significant benefits include enhanced support to the production of SAMe(S-adenosyl methionine), increased in it’s absorption by the body and it has a better retention in tissues. In addition, methylcobalamin does not contain any toxic cyanide like the common ones.

Taking vitamin B12 through an oral dose might not be effective for some group of people and it can be considered as a waste of money for them. That’s because for the said group, it can be over 90% of the vitamins that is swallowed via the mouth that might not get absorbed by the body. It almost just passes through the body and out to the other end.

Therefore, it is needed to think about getting Vitamin B12 through alternate methods such as skin absorption(b12 patches) and Vitamin B12 injections. These methods will certainly bypass the stomach and go straight to the blood stream, and will be much effective in treating children who suffers from Vitamin B12 deficiency and disorders like autism.

The information written here is not meant as medical advice. Please talk to your doctor or other qualified health professional prior to following what is written on the article or taking herbal supplements of any kind.